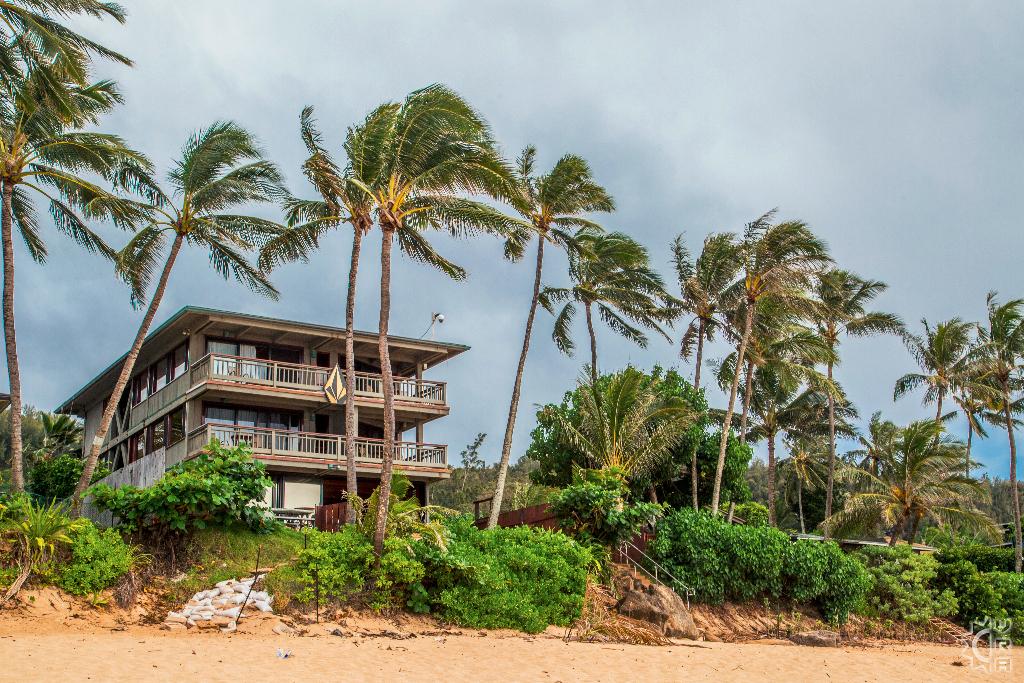 This world-famous surf break is packed with surfers, photographers, and other beach goers during the winter months when the swells bring wave-chasers from around the world. During the summer months, it offers a calmer and less crowded beach experience.

HIGHLIGHTS: Off the Wall features epic barreling waves (mostly rights) that draw surfers and fans from Oahu and beyond all winter. An integral part of the fabled North Shore surf culture, Off the Wall is a reef break just down from the Banzai Pipeline. Surfers often head here when the crowd at Pipeline gets too big.

LIFEGUARD: There is not a lifeguard at this break, although there are lifeguards located a little farther down the beach.

WARNINGS!: Sea urchins, reef, rip tides, strong shorebreak. The waves are calmer during the off (summer) season, but the water is still dangerous and you won't see people in it very often. Unless you are a pro surfer, stay out of the water during the winter months!

AMENITIES: None. There are lifeguards located just a bit further down the beach (at Rock Piles) and restrooms and showers at the Ehukai Beach Park, which is to the right.

During the winter months, the beach around this break is a chaotic mass of surfers, tourists, photographers, etc. During the summer months the surf dies down and the crowds dissipate. It's never a good beach for swimming, because of the strong currents, reef, and dangerous shorebreak. However, there is a beautiful, wide stretch of sand along this part of the coast that is perfect for other beach activities. There are tide pools at most times of the year, and you'll often seen children (and sometimes dogs!) playing in them.

Located just "off a wall" in front of the Billabong house, this break is in the middle of the North Shore surf world. If you visit during the winter, you can watch the goings-on at the nearby Volcom, Quicksilver, and Red Bull houses while you relax on the beach.

Directions: Off the Wall is located just off of Kamehameha Highway.  If you're headed toward Haleiwa, the break will be to the right just after Ehukai Beach Park. You can either park there and walk down, or park further down along Ke Waena Road closer to the break. Ke Waena Road runs along Kamehameha Highway and there are several beach access points located along it.