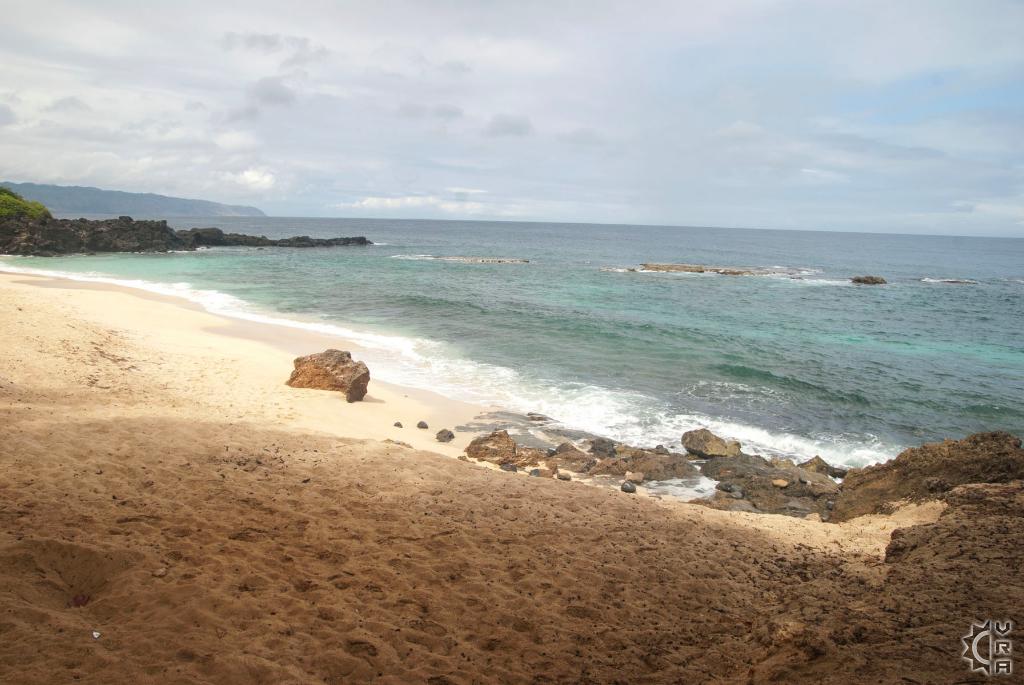 A sweet little beach and snorkel area that is often overlooked as it sits between two much more popular parks on Oahu's North Shore. Pupukea is also referred to as "Three Tables" because of the 3 flat rock formations a short distance out in the ocean. This beach is seldom crowded due to the larger and more popular beaches of the North Shore drawing the crowds.

AT A GLANCE:
HIGHLIGHTS: Lesser known and not very crowded beach, with great snorkeling during the calmer summer months.
ACTIVITIES: Swimming, snorkeling, and beach lounging
LIFEGUARD: NO, but it is patrolled by the North Shore lifeguards from nearby Ke Waena beach. They post signs when conditions are known to be hazardous.
WARNINGS!: Observe waves carefully for a few minutes when entering the ocean. Low rocks and reef begin about 10 feet past the water's edge. Avoid swimming during high surf, usually October through April.
AMENITIES: 2 small parking areas, restroom.

This beach is set back from the road, reached by taking a short walk from convenient parking area. The trees lining the edge of the beach provide some shade, and the low dunes covered by vegetation give it a much more remote and rustic feel. Though smaller then some of the expansive North Shore beaches, this one has very a charming character. Lava rock surrounds the small bay fronting the beach, and some outcroppings stretch out under the surface of the water , creating great habitat for fish and coral. Snorkeling is usually very good here in the summer, but is not recommended during northern and winter surf, as a rule.

This area is near the famed and often crowded "Shark's Cove" which is about 200 yards further northeast along the shoreline. Many visitors crowd the parking there, so it is possible to park at Pupukea and choose to walk to the Shark's Cove and snorkel, then return to this beach for some rest and relaxation away from the crowd.

Adventure tip:
Make this beach the perfect rest stop in your North Shore day, duck into the local grocery a block away at the traffic light, and bring a picnic to the beach. You can easily stretch out and pause here, and decide what other stops you might like to make next.