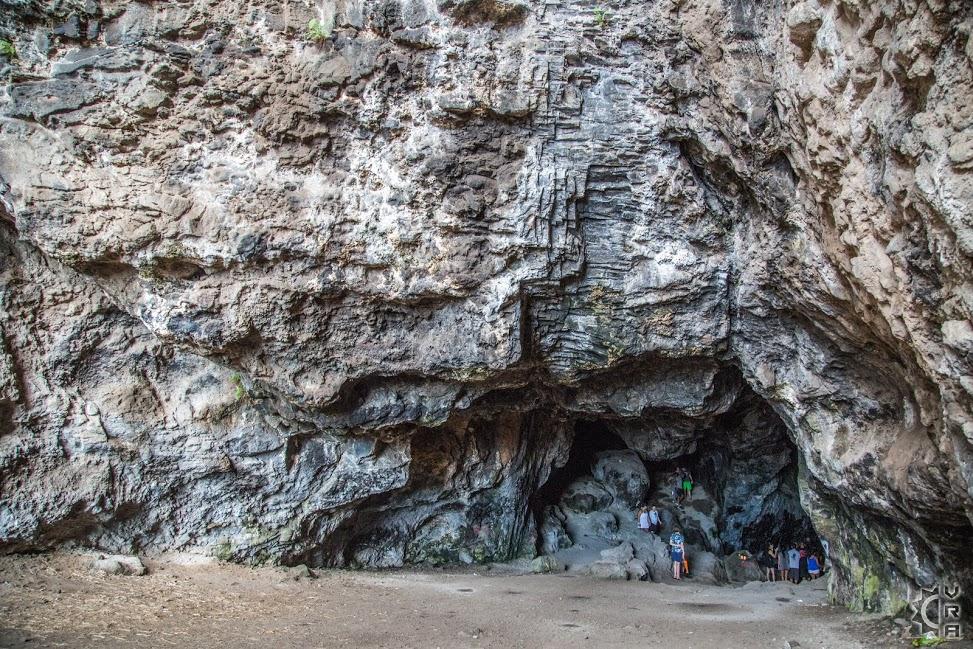 Located on the remote westernmost coast of Oahu, Kaneana Cave harbors secrets, stories, and legends of an old Hawaii that exists only in the myths passed down through the centuries. The dark, damp cave is a sacred site hailing back to when the ancient gods of Hawaiian legend roamed the islands.

Located near Kaena Point, Kaneana Cave was formed 150,000 years ago by the sea carving out a massive lava tube. The cave was named after Kane, the god of creation, as the ancient Hawaiians believed that the cave was the womb through which mankind was birthed into existence. The cave is also said to have been inhabited by a shark goddess, Madame Pele, and legendary shape shifter shark-man Nanaue, who would take the form of a human to lure prey to the cave, where he would feast on them for dinner. The wet, mucky wall at the back of the cave is said to be where Nanaue would keep his victims before eating them.

With a height of 100 feet and a depth of nearly 500 feet, the cave is open to the public (at no charge) but is not maintained or mapped so it is dangerous to explore the tunnels beyond the main cavern.

Bring a flashlight and wear shoes with traction, as the cave floor is slippery. Be aware that since the cave is not maintained, there is no guard or watch person present at any time.

Directions: From Honolulu, take the H1-W. It will become Farrington Highway. Continue following it past Waianae and Makaha. About three miles beyond Makaha, you will see the Kaneana Cave sign on the left sign of the road. You can park near the sign, and walk across the street to the cave.