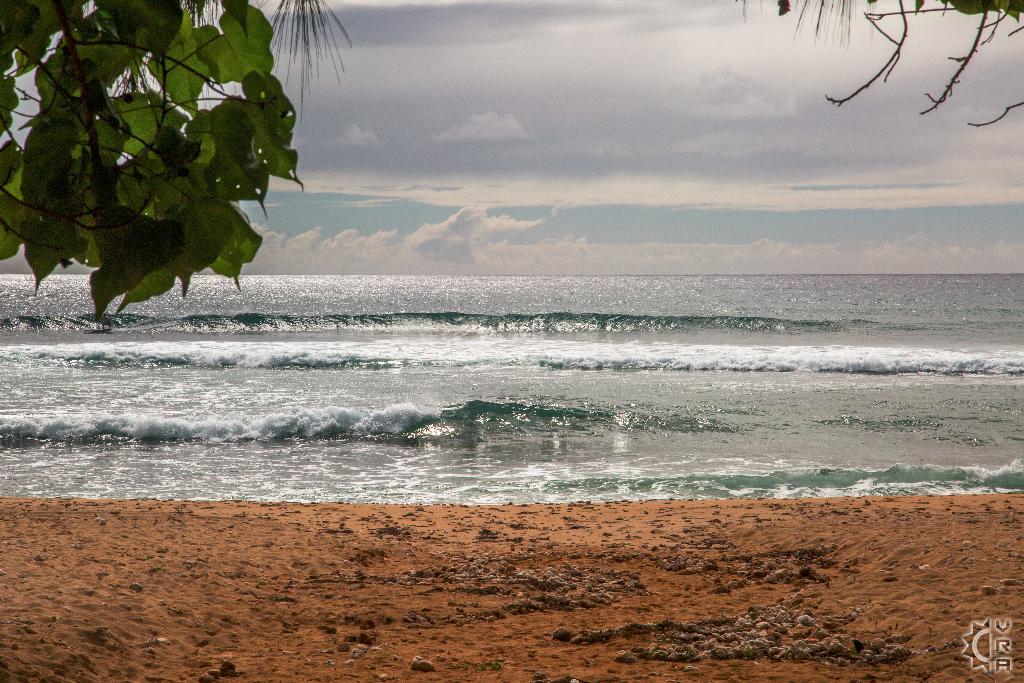 Although it is part of the strip of famous North Shore surf breaks, Velzyland is set apart from the rest and off of the main road, so seems more secluded. The land running up to the sand is wooded, which adds to the "private" feel and provides plenty of shade.

HIGHLIGHTS: Velzyland has both right and left breaks, and is a crowded surf spot all winter long. Surfers still flock to it when there is a swell during the summer, and it is also a popular spot for surf lessons.

WARNINGS!: Parking is alongside the road, which can't be seen from the beach, and cars have been known to be stolen on occasion. Be sure not to leave any valuables in your car. The reef here is some of the sharpest in the North Shore. Also, the currents can be very strong here and the waves massive. It is best to stay out of the water unless you are an experienced surfer.

AMENITIES: Parking along the side of the road.

Velzyland got its name in 1957, when filmmaker Bruce Brown was in the north shore shooting Slippery when Wet. He saw the break from Sunset Point, and decided to include it in one of the scenes. He named it "Velzyland" to give credit to the film sponsor (and surfboard manufacturer) Dale Velzy, a Californian. Since then, the break has appeared in several movies.

The reef at Velzyland is extremely sharp, and surfers often leave a session with battle scars. Be aware of this if you decide to paddle out.

Directions: Heading toward Haleiwa, Velzyland is one of the first surf breaks beyond Turtle Bay. It is before Pipeline and Sunset Beach, right next to the gated Sunset Beach Colony. You'll see a gated off parking area; it is only for emergency vehicles. You can park along the side of the road and walk down that path to the beach.