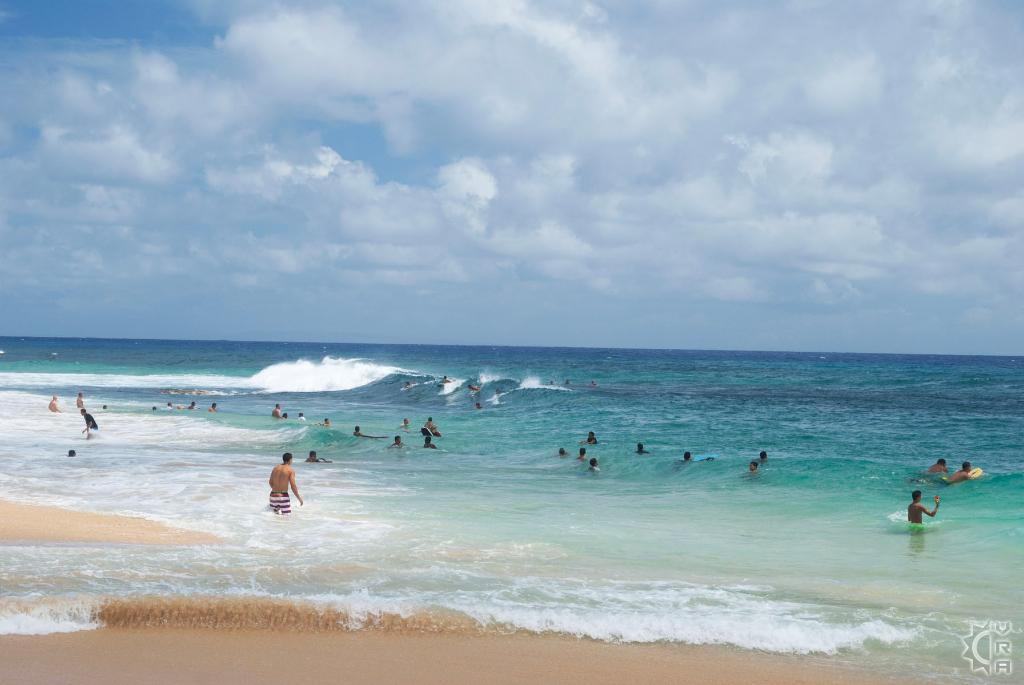 This beach is on the beautiful coastline along the south-easternmost point of Oahu. It is remote and removed from the hustle and bustle of downtown Honolulu, yet just a short 25-minute drive away. On a clear day you can see the island of Molokai in the distance, and lots of open ocean The waters are often turbulent, but the beach is over 300-yards-long and lends itself well to the romantic walks or beach lounging.

AT A GLANCE:
HIGHLIGHTS: Surrounded by spectacular nature with remote feel, but is a short drive from Honolulu. Convenient park facilities front the beach, and plenty of parking at the beachfront.
ACTIVITIES: Swimming, walking, beach lounging, body surfing, and body boarding.
LIFEGUARD: YES, 2 lifeguard towers.
WARNINGS!: At times there are rip currents between the two lifeguard towers, and the shore break fronting the right lifeguard tower is hazardous even in small surf. It is best for visitors to first check in with the lifeguards.
AMENITIES: 2 parking areas, restrooms, picnic tables and showers.

The perfect contrast to the city beaches of Waikiki and Honolulu, Sandy's is surrounded by a wild and open landscape of towering cliffs, water-worn rocks and breakers. The surrounding hills are undeveloped, a rarity for Oahu, and lend the area a remote feel that belies its proximity to Honolulu and island's more populated areas.
Sandy Beach has less crowds on weekdays, and is a local favorite get-away spot on weekends. There are two entrances with lots of parking, and amenities once you've landed.

Be aware that the ocean at Sandy's can be rougher then any of the other southern beaches on Oahu. Winds and currents from the east, as well as south, create surf and shore break, on most days. The right side of the beach in front of the lifeguard tower has waves that break quickly and powerfully on the beach, especially when waves are in the southern or eastern direction. Great people-watching is an added bonus when it gets busy here, especially the teen daredevils who brave the pounding shore waves. Local teenagers will make them look fun and rideable, but it is not for the inexperienced.

The left side of the beach, in front of the second lifeguard tower, has rip currents that can pull a person under and out beyond the breaking waves in no time at all. Strong trade winds sweeping from left to right make these conditions prevalent. This and the surf break off-shore keep lifeguards at this tower at full alert. The lifeguards here are happy to educate visitors about hazards of the day, they prefer to keep visitors safe.

Adventure Tip:
The drive to Sandy Beach combined with other nearby attractions, such as Hanauma Bay, Makapu'u Point, or Waiamanalo Bay make for a good day trip.

Closest town: Honolulu/ Hawaii Kai
Directions:
West from Honolulu: Take H-1 to HI route 72 East/ Kalanianaole Highway 1.9 miles past Hanauma Bay Preserve, park entrance will be on your right.
East from Waiamanalo: Take HI route 72 West/ Kalanianaole Highway around past Makapu'u Beach and Point. As the road winds downhill towards the ocean, the park entrance will be on your left.

There is also a municipal bus stop right by the park entrance.