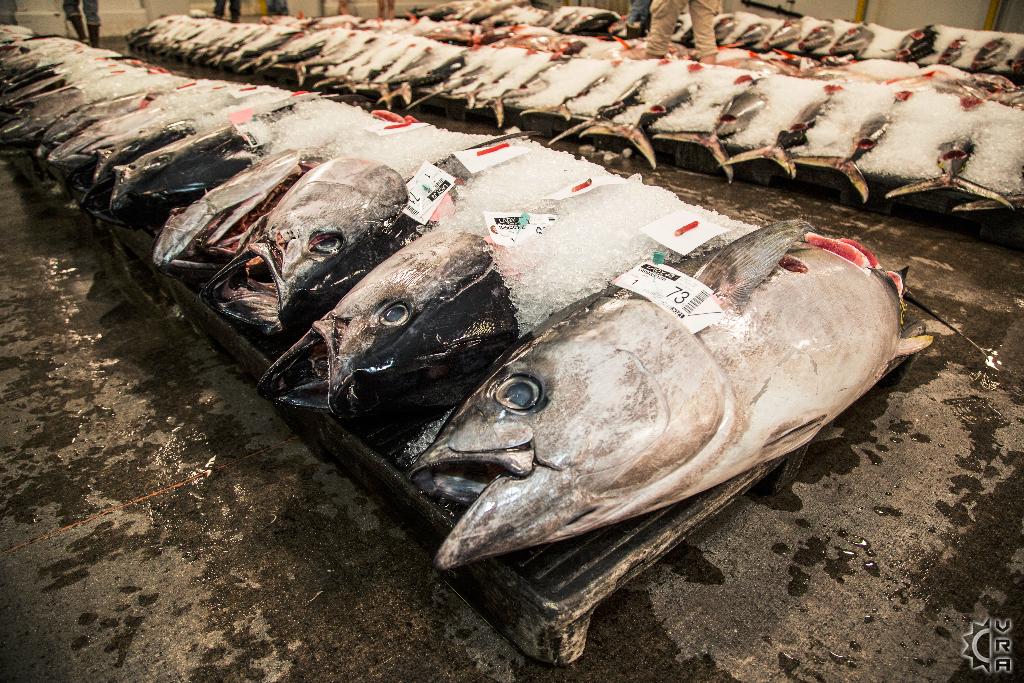 This unique event is probably unlike anything you've ever seen before, and the perfect activity for one of your first mornings in Hawaii before your sleep schedule has adjusted because it starts at 5am! Head on down to the fish docks and watch the only fish auction between Tokyo and Maine. Afterwards, catch the sunrise over the fishing boats, while you grab breakfast at Nico's, where you can feast on some just-arrived fish from the auction.

AT A GLANCE:
HIGHLIGHTS: This isn't a well-known event among tourists, so although there may be a few other sleepy-looking folks with cameras wandering around the refrigerated room, the daily crowd is mostly made up of local restauranteurs and commercial fish vendors in waders and the fish, of course. On any given day, there will be around 50,000 pounds of fresh fish including tuna, opah, monchong, and swordfish. Although any visitor can bid on and purchase a fish, tourists are typically there just to watch, since most of the fish are so large that it would be difficult for a single person (or family on vacation) to consume it all.

WARNINGS: Wear closed-toed shoes, and be prepared to step in sanitizing water (just about an inch deep) before entering. The building is kept at 48 degrees, so bring a jacket! The auction takes place Monday-Saturday.

Sustainability is an important part of the Honolulu Fish Auction practices. Less than 200 fishing boats have permits allowing them to fish for the auction, and not all of those actively go out. Trawling (the very unsustainable practice of dragging a large net behind the boat) is not permitted, and all of the fish are caught by longline fishing. Because of this and the fact that freezer boats aren't allowed (and they're limited on the amount of ice they can have), the boats bring in less than 5% of their capacity.

Fishing boats head out at 1am, and usually come back in around 4am. The fish are quickly loaded onto pallets in a large, empty room and covered in ice. Small chunks are cut out of each fish and displayed on top so that potential buyers can see the quality. The color of the meat is one of the main things buyers look for, as well as a high fat content. The auction starts at 5:30 am, and people typically start gathering by 5am. If you want to bid on a fish, you need to sign up beforehand at the main office. The auctioneer will start at the beginning of the first row of palleted fish with the buyers gathered close around him, and start off the bidding at $0.10/pound. As each fish is bid on and won, a paper with the buyer's name is set on top of the fish and the group moves on down the row to the next fish. Once bought and paid for, the fish are loaded into the refrigerator trucks standing wait outside and hurried to their destinations, which include restaurants, fish markets, supermarkets, and even the airport to be flown to the mainland.

There is no fee to attend the auction.

Directions:
The fish auction is located on the waterfront side of the Pier 38 Fishing Village off of N Nimitz Hwy in Honolulu. Once you turn into the Pier 38 Fishing Village, drive past Nico's (on the left). Follow the road around, and you'll see a few parking areas off to the right. You can park at any one of them, and the building where the fish auction is located will be on the left. It will be the main hub of activity that early in the morning, so shouldn't be hard to find!